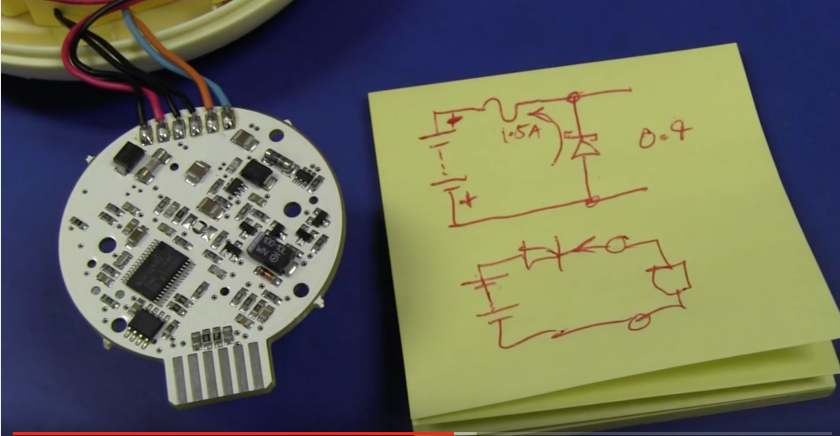 As I said in another post, we traveled to Ohio over Christmas for about a week.  Unfortunately, we forgot to bring along the charger for Jen’s breast milk pump, and it quickly ran out of battery.  Her dad has an old coffee can full of random chargers, and we tried them all in an attempt to find something that worked, but we had no luck.  At this point, the pump was completely dead and wouldn’t power on at all…frustrating, but not the end of the world.  Jen could still feed Valentina directly, it just meant nobody else could give her a bottle.

We came home and plugged the pump back in…but it still didn’t work.  Jen called their support line and they said that if you ever take the battery out it needs to go through a full 24-hour charging cycle before you can use it again.  Weird, but okay.  We left it on the charger for 24 hours.  Still no luck.  48 hours.  Nothing.  Great.

At this point Jen called them back and tried to get it replaced, but it’s well out of the warranty period and there wasn’t much they could do.  Out of the kindness of their hearts, they Engineered Happiness by sending us a new charger just to see if that did the trick.  It didn’t, but it’s a nice reflection on their customer service that they were willing to do anything at all.

I should probably mention that this is actually one of three breast pumps that we own.  Jen got this one when Gia was born 2+ years ago (and actually did get replaced under warranty one other time – Medela customer service is great).  At the same time, she was also given one by our old neighbor who no longer needed it.  That one is fairly bulky, though, the size of a small backpack, and it needs to be plugged in all the time.  Then we got our third pump when Valentina was born, and Jen keeps that one at work.  So regardless, we weren’t hurting for anything other than inconvenience by not having this pump working.

Now I figured that if it didn’t work at all, and we weren’t going to get it replaced under warranty, I might as well take it apart.  I always like to take things apart with some grand idea that I’m going to fix it, but that’s pretty much never the case.  I’m good at taking things apart, and sometimes putting them back together…but actually fixing something is usually beyond me.

I was really just hoping to find a burned out component inside that I could point to and say “well there’s your problem right there”, without actually being able to fix it.  But I opened it up, and didn’t see anything wrong.  Nothing looked or smelled burnt, no broken wires or solder joints that I could see.  Darn.

As one last ditch effort I googled “Medela pump repair”, and this video came up: https://youtu.be/0iNJRdvnycs

It’s for a different model than the one we have, but I watched it anyway.  This guy very quickly identified that it was a popped fuse on the circuit board right next to the battery input.  My circuit board looks different, but I was able to find the similar fuse and test it with the multimeter, and sure enough it was dead too.  Incredible.  The video goes into detail on the design of the circuit (which he’s sketched out in the screenshot I put at the top of this post), and it’s a terrible design.  The circuit drawing on the top of his post-it is the way it exists now, and he’s showing that if you put the batteries in backwards then it will blow the fuse and completely stop working (but at least it’s doing its job of protecting the rest of the circuitry).  The drawing at the bottom of his note is how he would have designed the circuit in a way to maintain the same protection without the single point of failure.

The pump in the video takes rechargeable AA batteries, and they easily could have been put in the wrong way.  Our pump (the Medela Freestlye) uses a different type of battery, and it’s impossible to put in backwards.  I’m guessing that was their solution to the problem rather than fix the circuit.  But my guess is that when we were trying different chargers at Jen’s parents’ house one of them had the polarity reversed from what the device expects, and that’s what popped the fuse.

Now, I don’t have any tiny fuses on hand, so I took the lazy engineer route and just soldered a wire in place to bypass the fuse.  I figure that the pump has been working long enough without blowing the fuse that it’s probably going to be safe…and we really only have to use it a few more months (the plan is until Valentina turns 1 in March).  So I’m willing to run the risk of burning out the rest of the circuitry for now.

Anyway, long story short – the pump works now, and I actually followed through on fixing something that I took apart, which is a rare event.  That’s why I’m more pleased with myself than usual.  I wish I could say that I did it all on my own, but if it weren’t for the YouTube video there’s absolutely no way I would have fixed it.  I wouldn’t have even known where to begin looking.  So big thanks to Dave from EEVBlog!

One thought on “More Pleased With Myself Than Usual”