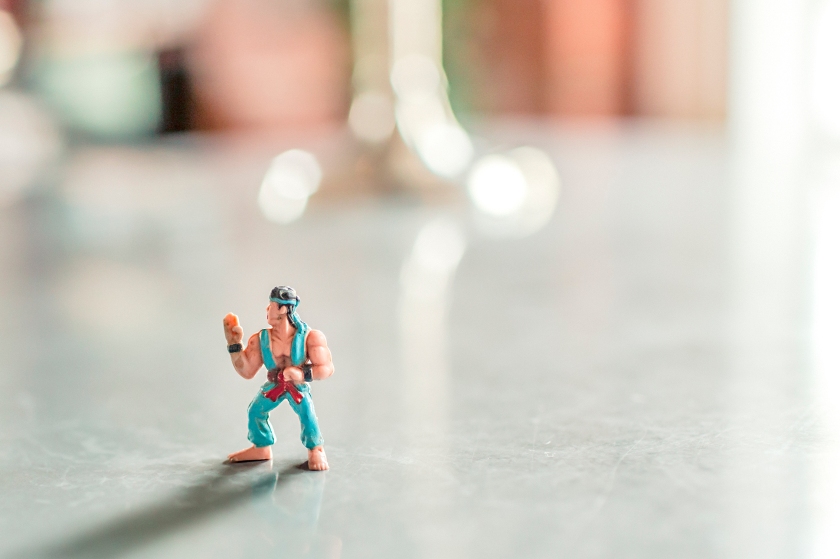 I’ve seen a lot of action movies in my life.  So many that I’ve always had the thought in the back of my mind that if I was attacked I’d not only be able to defend myself, but I’d suddenly be Jason Bourne and leave the bad guys lying unconscious on the ground.  On the surface I know that’s completely untrue, and if I was actually being mugged I’d be too scared to think about anything else.  But my subconscious disagrees.

I used to drive past the Krav Maga Northern Virginia facility on my way home from work, so off and on over the last few years I’ve thought about signing up.  The other day I finally looked into it, and found out they offer a free trial class to start.  So I bit the bullet and went today.  It was really good.  The class was for all levels, so there were people of all skillsets from another first-timer up to guys who’ve been doing it for years.

We started with a generic warmup, which almost wore me out by itself, and then went right into some drills.  First we were grabbing each others’ shoulders and delivering hard knees to the mid-section (holding a pad), but then we got into the more interesting work.  The scenario we were playing out was being grabbed around the neck from behind and either dragged or thrown to the ground.  We went through a variety of escapes and counter-attacks and drilled them over and over.  The whole class was an hour long, but it felt like no time at all.  Although I did come out of it with rug burns on my knees and some bruises on my neck that I’m glad I don’t have to explain to anyone.

I won’t be able to make it back to another class this week because of some prior engagements, but I do plan on signing up for real next week, and at least going on Mondays and Wednesdays.  That’s when their mid-day classes are scheduled, so I can just arrange my work day around it and not have to worry about missing dinner time with the family.

P.S. – The image at the top of the post is from https://stocksnap.io, where you can get free open-license images.  I don’t even have to attribute it to them, but I want to.  They actually did have a good picture of some MMA fighters that would fit better with Krav Maga, but I like the little karate guy.